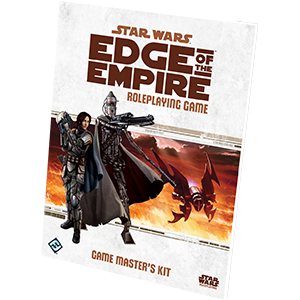 Debts to Pay is a roleplaying adventure written by Fantasy Flight Games.  It is found inside the Game Master’s ™.  Keep your Star Wars roleplaying campaign focused on the action with the Star Wars®: Edge of the Empire™ Game Master’s Kit. The GM Kit includes a GM screen that keeps a host of useful pieces of information right at the GM’s fingertips during gaming sessions. It also provides useful information about using the game’s nemesis system in your campaigns, and it includes complete adventure for GMs to carry their players beyond the events of the adventure featured in the Core Rulebook.  Click here to buy your copy!

You should read the entire Debts to Pay module so that you understand all of the suprise threats in this adventure.  This will help the GM find ways to surprise the players.

Genesys: Check out the Monsterworld Trope in the Genesys Expanded Players Guide pg. 17.  It talks about the Horror Setting which can help enhance this specific adventure.

Crates of Krayts: We recommend to have the game master check the player’s adventure log for Crates of Krayts.  The fate of Sinasu the Hutt can be important as Bargos the Hutt and Sinasu the Hutt are from the same Hutt Clan.  So if the players abandoned Sinasu or did not save him it may make Bargos less willing to negotiate adding setback on all of the party’s checks.  If they rescued Sinasu it should add boost dice.

Debts to pay begins the adventure with our HEROES located in a safe house provided by Bargos the Hutt of the Gorensla Hutt Kajidic.  Our PCs arrived on Foremost after they rescued Sinasu the Hutt during the Crates for Krayts adventure module.  The BARON has been trying to get in good with the Gorensla Hutt Kajidic to help grow a bond between the Gorensla Hutts and a Rebel Cell The BARON supports.  Bargos the Hutt has some problems of his own.  With a Hutt Turf War raging in the Outer Rim, another Hutt whom Bargos owes a debt too is calling the 250,000 credits due.  This has left Bargos hard pressed to repay the debt.  Luckily he recently acquired a mining operation Coreward of Hutt Space.  Bargos wants the PCs to travel to the mine and assess its worth.  He is asking them to do this to repay the PCs for his kindness in helping the PCs and Sinasu the Hutt stay hidden from his bitter rival Noako the Hutt.

Tempest Attack:  Players who participated in the Enemy of my Enemy 3 part and One Shot First 6 part, or Trouble Brewing will recognize that the Gamorrean’s who attacked Bargos’ Palace were hyped up on Tempest.  The Players will be aware that their actions in these past adventures are resulting in an attack against the Gorensla Hutts by Ranem “The Glove” Tiiv and the Besadii Hutts.  If they inform Bargos of this fact it will further make the Gorensla Hutt Cartels go to war in the Hutt Turf War.

Silent Terror: Debts to pay is an adventure filled with mystery.  The PCs walk into an unknown and ongoing situation at the mine.  I like to encourage Game Masters to really ramp up the ominousness and fear at the unknown of what is going on.  Consider making the environment a very silent, shadowy, and creepy location.  Bring a sense of horror to what is happening as they begin to assess the mine.  Set the tone by making the roaring winds of the raging planet create the only sound which echoes in the mine.  Encourage your PCs to get out their general purpose and hand scanners to search for life forms.  Rachet up the tension when they detect something moving ahead down the hallway.  Something lurking in the shadows.  Make it something innocent like a Loth Cat.  Then shock them with surprise encounter of something threatening.  Really harken to scifi ALIENS style setting and I guarantee it will be an adventure to remember.  It will also make the PCs think something involved in the Hutt Turf War may have gone down here.  Only to later find out they were off base when they discover what the threat really is.

Turf War: Furthermore, if you wish to highlight the Hutt Turf War consider expanding  the adventure adding a bonus encounter.  Consider, while in route to or returning from the mine encountering rival pirates from Noako the Hutt.  These pirates are hell bent on attacking the PCs.  This can become a fun small starship encounter that the PCs were not expecting.  I would only recommend adding this encounter if your PCs have completed the adventure quickly and you have time remaining in your event.  This encounter may be worth only 5xp for evading capture.  Its true purpose is to set the stage for the growing Hutt Turf War.  It can also be the return of a recurring nemesis.  If according to your PCs adventure logs for Escape from Mos Shuuta or Long Arm of the Hutt it states that TREX has survived.  Have Trex lead the attack against the PCs.  If the PCs are in possession of the Krayt Fang all the better for TREX to want his revenge.

Did the help stop the Gamorrean revolt against Bargos the Hutt?

Did the PCs prevent the mine from being destroyed?

Did the PCs pay all of the credits to Bargos the Hutt and did they skim any off the top?

Did the PCs stop the Droids from escaping the mine or has the Droid Revolution begun in the Galaxy? 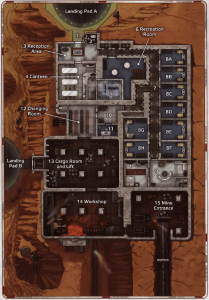 Map of the Mine 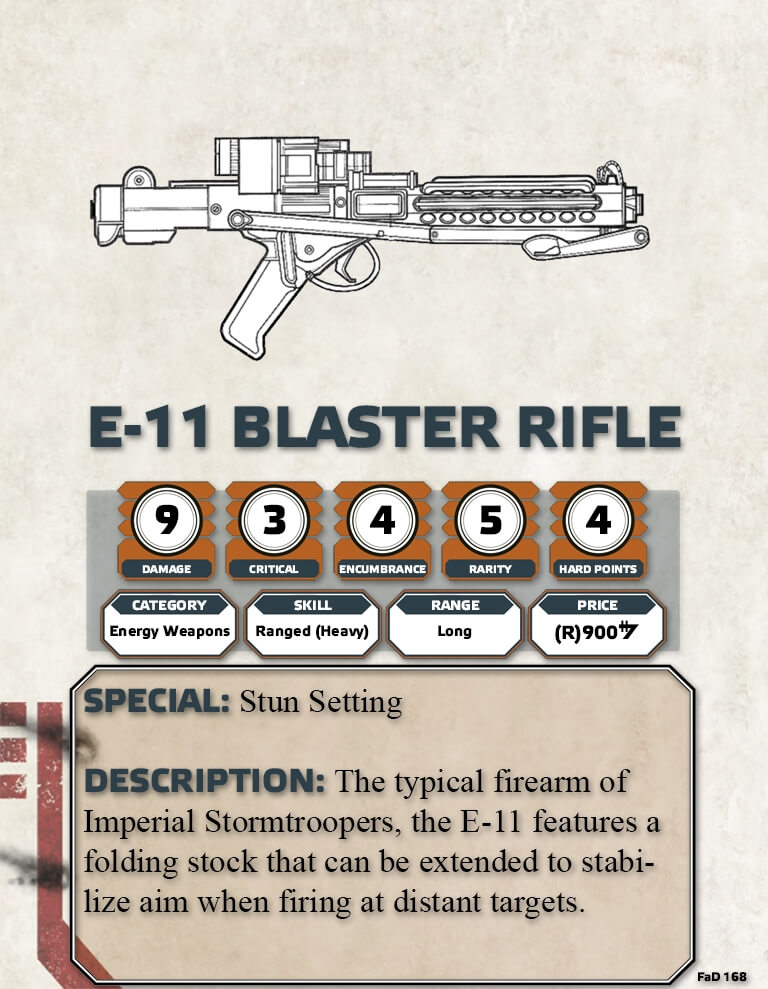 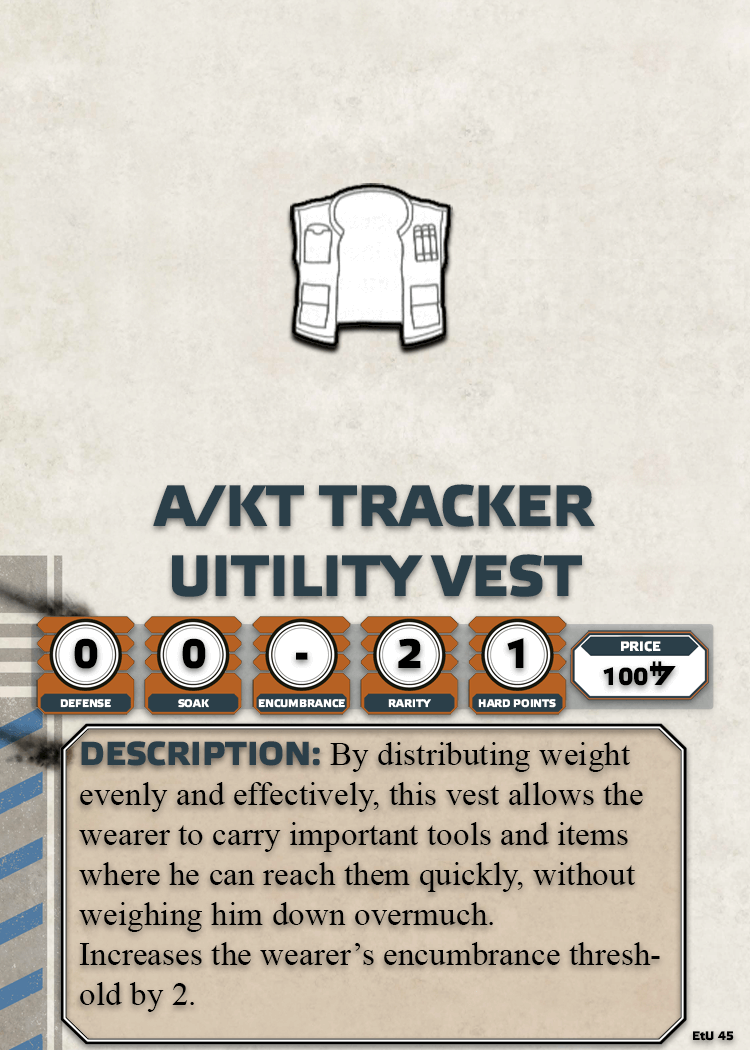 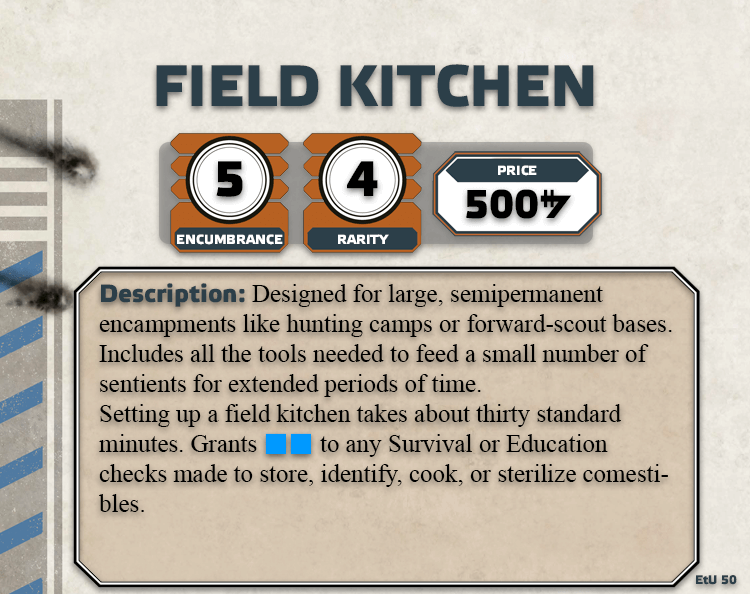 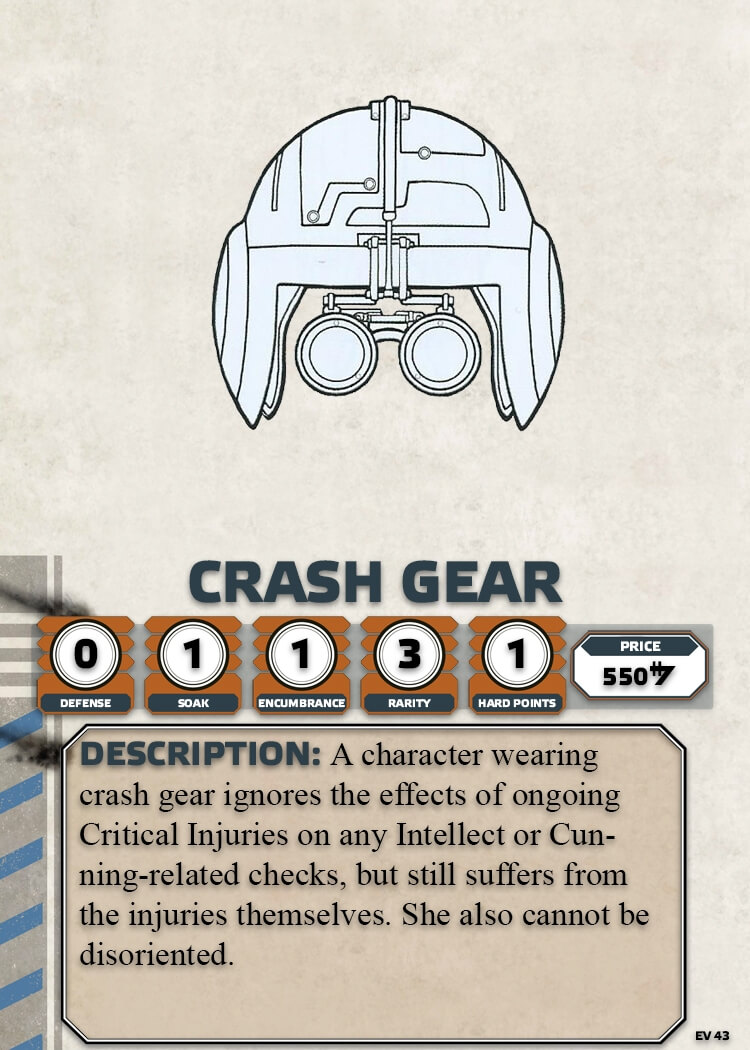 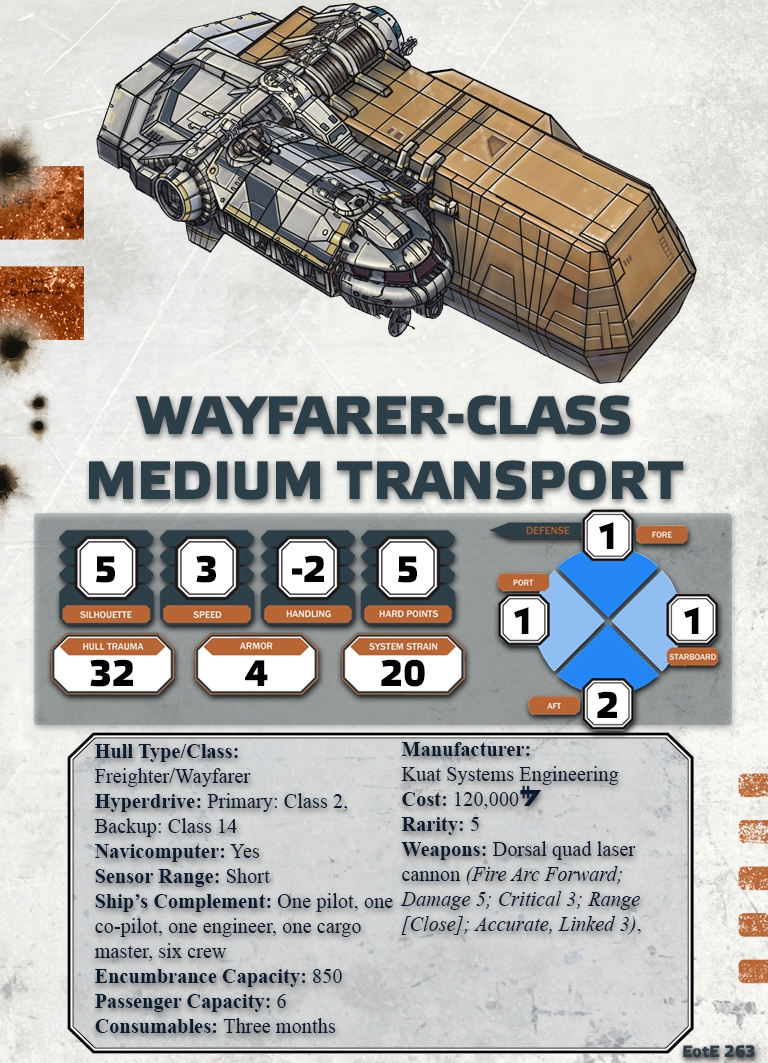