Mask of the Pirate Queen: Act 1: Search on Saleucami 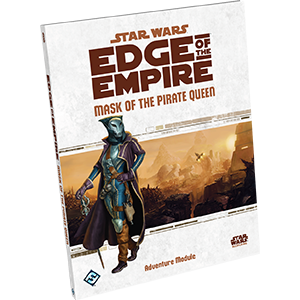 Pursue a criminal mastermind across the galaxy in Mask of the Pirate Queen, an adventure for the Star Wars®: Edge of the Empire™ roleplaying game! A powerful smuggling operation has placed a tremendous bounty on the head of the so-called Pirate Queen. In hunting this bounty you and your colleagues will explore the prosperous shadowport of Ord Mantell, fight an intense interstellar fleet battle, and discover the dangerous underworld sport of pit fighting. You never know where you’ll find the Pirate Queen- or what you might encounter in the search. Within this book’s 96 pages you’ll find complete gazetteers for Ord Mantell and the oasis world of Saleucami, full-color illustrations, numerous new adversaries, and plentiful tips to help Game Masters easily run the adventure. A complete adventure in itself, Mask of the Pirate Queen can be easily integrated into an ongoing Edge of the Empire™ campaign or used as the launching point for a series of smuggling, spying, or bounty hunting escapades.

Slicing Encounters: One of the leads provided by Velana Sipal the Zann Consortium Underboss is a Slicing Encounter.  Game Masters are encouraged to review the Slicing Encounter rules located in the Cyphers and Masks RPG supplement book for Age of Rebellion. Pg.82 covers lots of useful information on how tu run Slicing Encounters. This will help enhance your roleplaying experience.

Trouble Brewing:  Bandin Dobah worked for the Zann Consortium along with mutual ally Teemo the Hutt.  Together they plotted to overthrow Jabba the Hutt’s operations as punishment to Jabba for locking Tyber Zann in the Spice Mines of Kessel. Check the Fate of Bandin Dobah to determine any past relationships with the organization. This information will add weight to when Velana Sipal quotes that the player’s reputation proceeds them.

Long Arm of the Hutt: Act III: Return to Mos Shuuta: Just like with Trouble Brewing the Player Character may have had direct involvement in the downfall of one of Tyber Zann’s allies Teemo the Hutt.  Review the players adventure logs for the Fate of Teemo the Hutt and the players involvement in his downfall.  This information will add weight to when Velana Sipal quotes that the player’s reputation proceeds them.  Secretly this is why Velana hires the PCs in the first place as she has motivations to betray the Zann Consortium and take over as the new Pirate Queen.

Edge of the Empire:  Venlana Sipal hires the player characters directly because of their past adventures involving Teemo the Hutt and Bandin Dobah.  The fact that the PCs were directly involved with the downfall of these two criminal organizations is what impressed Venlana the most about the PCs.  She see this as a wild card that may further her own goals.

Age of Rebellion: The Veiled Sorority has been pirating Rebel supply shipments and has become a nusence to the Rebellion.  The Baron dispatches the PCs to work for the Zann Consortium to either overthrow or recruit the pirate queen as a privateer for the Rebellion.  Furthermore, the Baron wants to get an inside man into the Zann Consortium to further his intelligence network on this up and coming criminal organization.

Force and Destiny: Our Heroes at the Dawn Temple learned about a recent Imperial shipment of ancient Jedi artifacts being shipped across the galaxy toward one of the Emperor’s storehouses.  However, this shipment was intercepted by the Sorority. If the PCs can take the bounty and find the Veiled Sorority they may be able to recover some of the lost Jedi Artifacts for the Dawn Temple.

Force Artifacts: If you have introduced your players to the Mask of the Pirate Queen Story using the Force and Destiny thread you can fill the halls of the Vault with various Jedi related artifacts.  Most of these artifacts are just artistic references to Jedi Lore. This lore in question references the World Between Worlds, which is a goal of the Emperor’s to crack. However, the one greate prize is an Artifact of the Baran Do Sages. An artifact that The Baron would greatly wish to see recovered as it was a personal possession of one of the 2 missing Baran Do Sages and a clue to the fact that the Emperor has captured and is using one of the 2 surviving Baran Do Sages for his precognition work.

What were the results of the player character’s investigation?

Did the PCs take Revah, the Decoy Pirate Queen’s offer and pay the PCs to allow her to escape?  Or did the PCs capture or kill Revah? 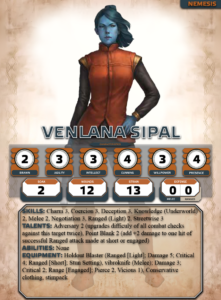 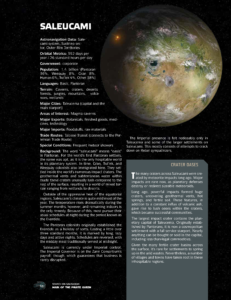 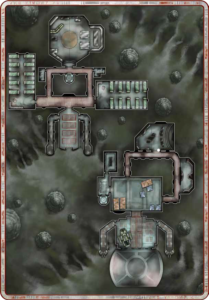 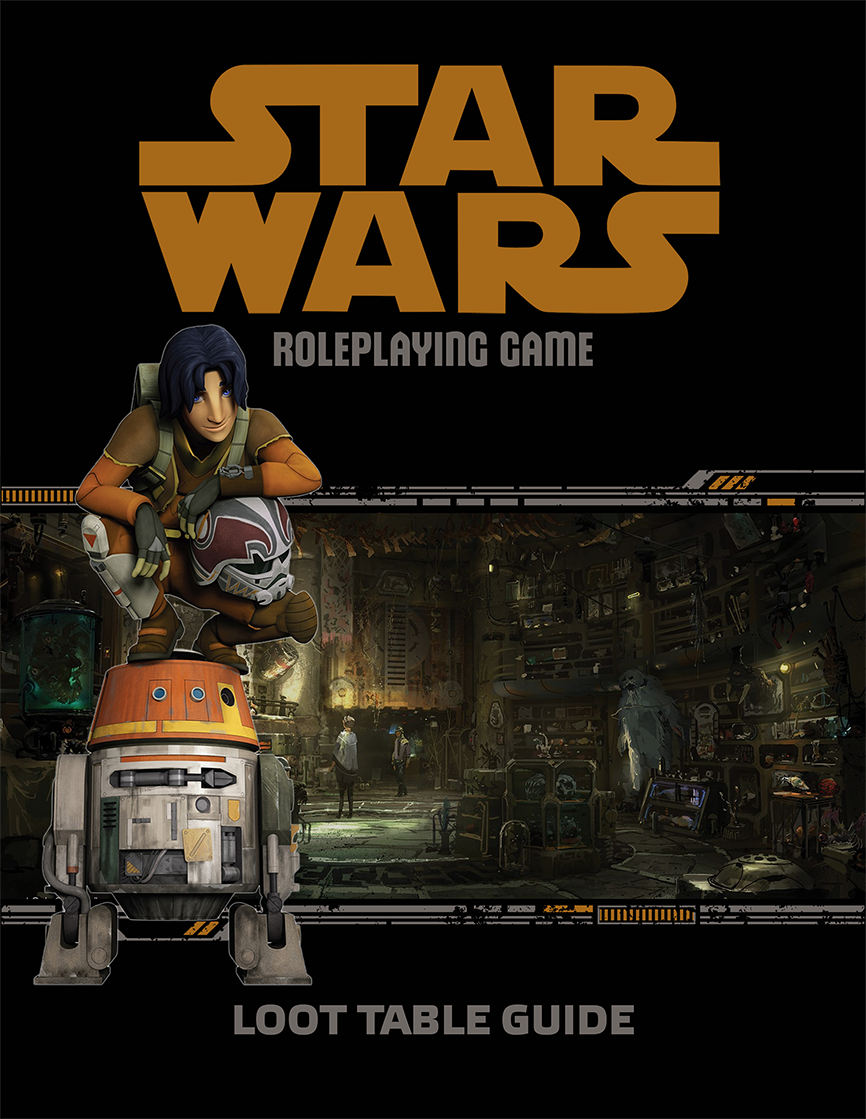 Player’s roll random on the Generic Item Loot Table and select this Equipment Reward and add it to their character sheet. If Players rolled Triumph when locating items they may roll on the Rare Loot Table Rewards instead. Please note, characters may select only a single Equipment Reward for playing this adventure. 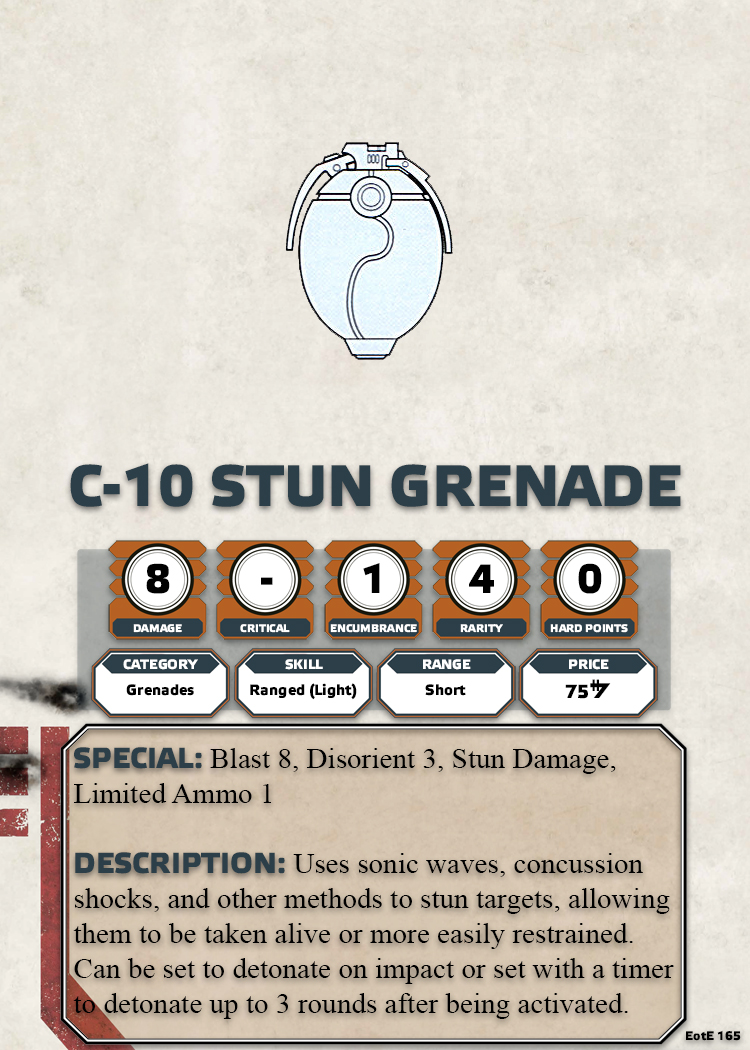 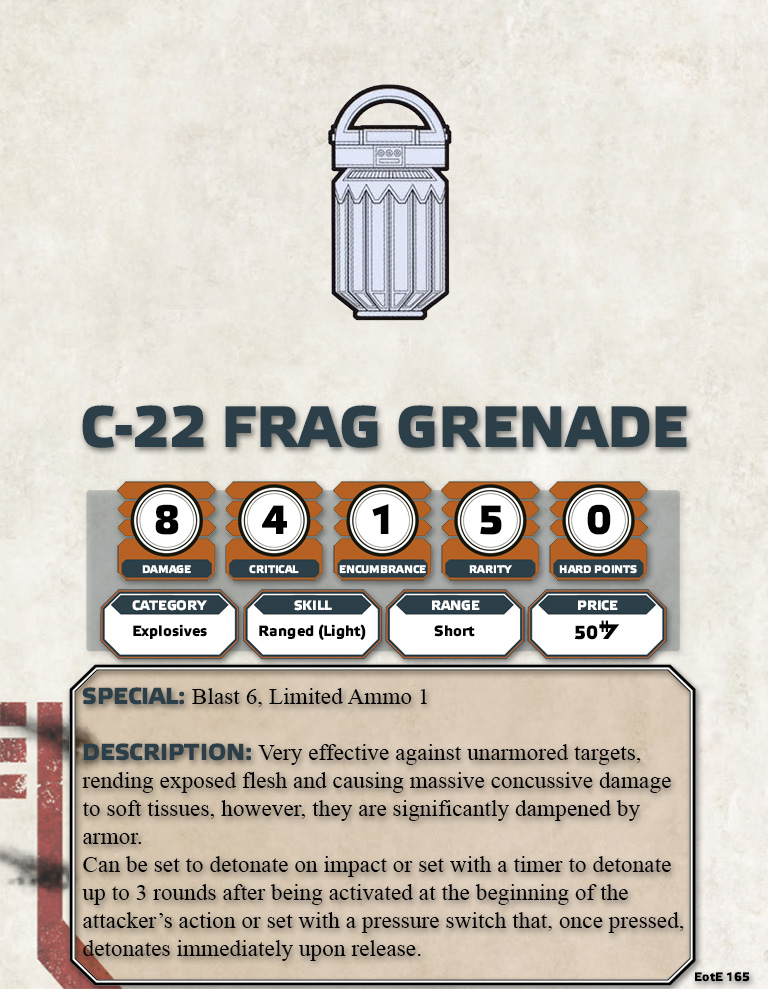 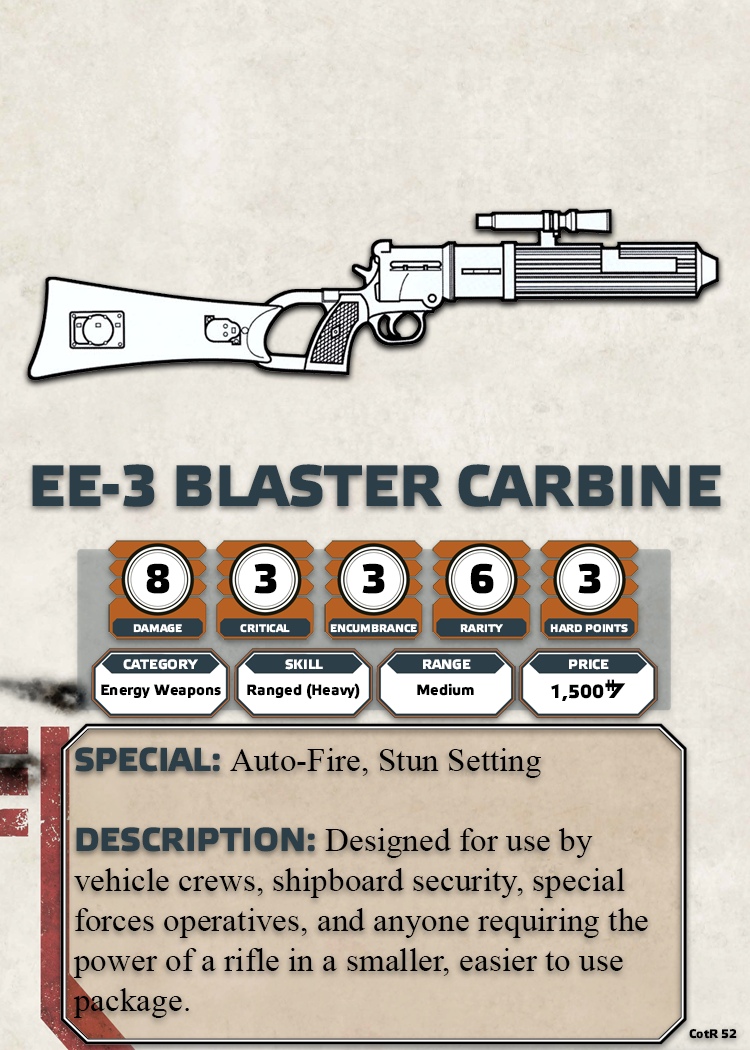 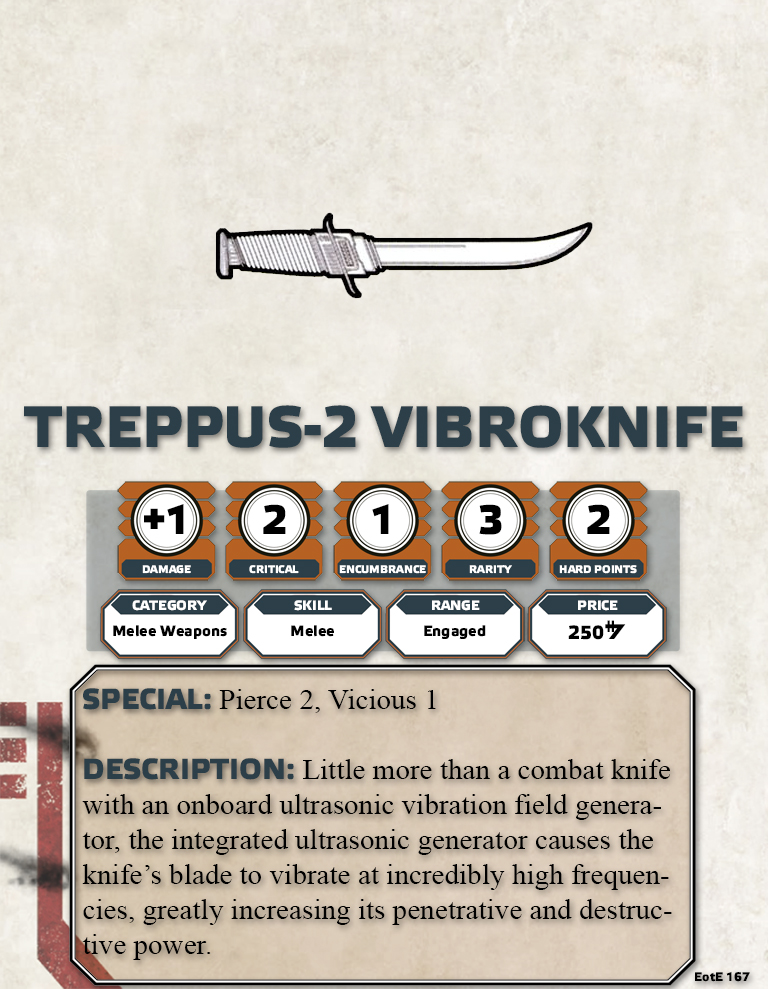 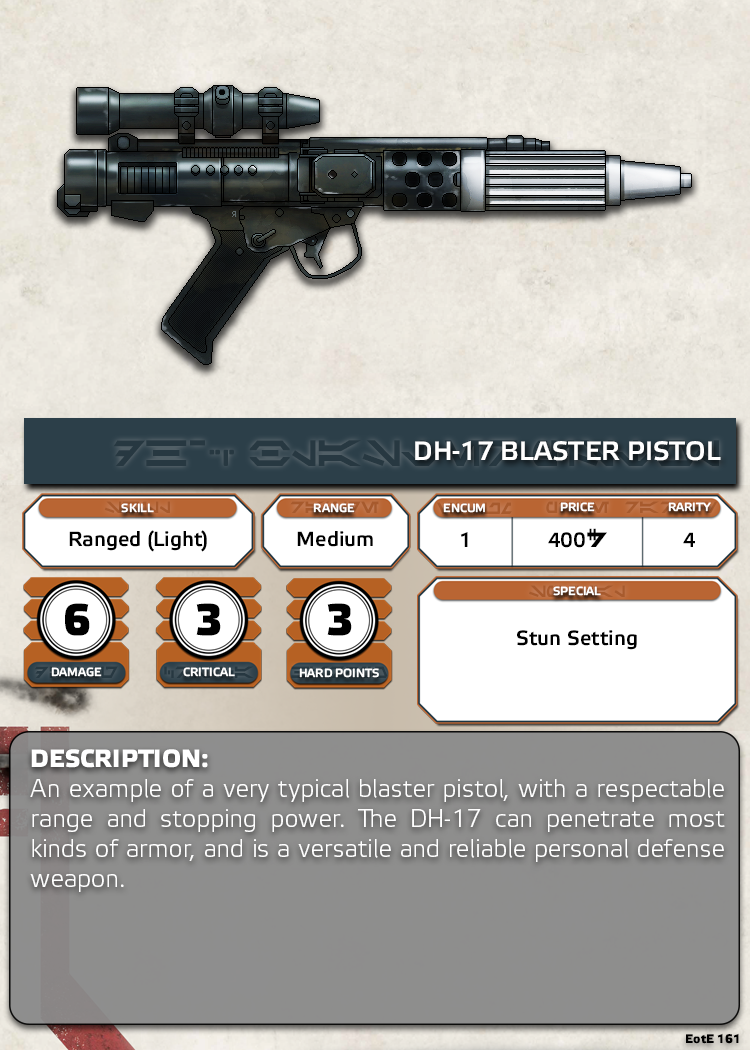