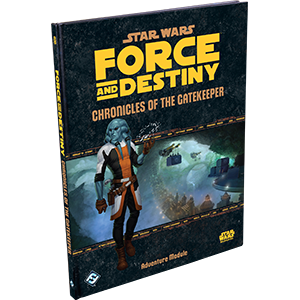 In Chronicles of the Gatekeeper, an adventure supplement for the Star Wars®: Force and Destiny™ roleplaying game, the holocron of a mysterious, vanished Jedi Knight surfaces. Its Gatekeeper offers to instruct you in an incredible Force power and leads you on a perilous interstellar quest in which every choice you make can affect countless innocent lives– and profoundly alter your destiny.

This 96-page, beautifully illustrated book introduces locations throughout the Star Wars galaxy, a new playable species, and a wide range of adversaries from local matriarchs and Clone Wars-era droids to sadistic criminals and vicious wild beasts. Designed to be used with the Force and Destiny roleplaying game, Chronicles of the Gatekeeper can also easily be integrated into an Age of Rebellion™ or Edge of the Empire™ campaign….  Click Here to Purchase your Adventure

Players who have not complete Act 1 can be introduced by having the players return to the Dawn Temple on Spintirr after completing Act 1 and picking of new recruits recently brought to the temple through past roleplaying experiences or through new recruitment by members of the Church of the Force or The BARON.

In the second episode of Chronicles of the Gatekeeper, the Player Characters follow Warde’s trail to the world of Cato Neimoidia.  It is highly recommended that players complete Act 1: The Gatekeeper’s Legacy prior to completing Chasing Ghosts.  Game Masters should check the players Adventure Logs from The Gatekeeper’s Legacy to see how the results of that adventure affect story elements in Act 2.

Warde’s Holocron, after the PCs install the kyber crystal obtained from Gel Marcolf in Act 1 The Gatekeeper’s Legacy, discloses to the party that Warde received orders from the Jedi Council to interrupt his mission on Arboonie and that he was to travel to Cato Neimoidia to assist the Republic’s efforts to take the important city of Jorra.

Throughout Chronicles of the Gatekeeper there is a sub plot about being in possession of a Holocron can be a dangerous outcome as there are many other parties interested in the history and lore of the Jedi.  A Game Master is allowed to post bonus encounters if they complete the session early allowing for such theme.

Fate of Hethan Romund:  If Hethan Romund was included in Act 1: The Gatekeeper’s Legacy as the reason that started the PCs on this mission and was left behind she can can either be (1) captured by Duke Irbain on Cato Nemodia and scheduled to be executed.  Hethan Romund is being held at the Southside Prison.  Execution by the Empire will be carried out by having them NPC fall from the heights of the City down into the mists below.  No one can survive such a fall. During the course of the adventure the PCs can learn about the fate of Hethan Romund during an encounter with Iron Arm or during the Reunion optional encounter if the PCs choose to help Sanna Olpan.  This can allow the PCs an opportunity to attempt to rescue her in Act 2.

This Looks Suspicious: Optional Encounter.  In this optional encounter the Game Master should reference the players adventure logs from Act 1: The Gatekeeper’s Legacy and Hidden Depths.  This will inform the GM of the current status of Iron Arm a recurring nemesis in Season 1 of the Force and Destiny story of Legends of the Galaxy.  If the PCs bring a holocron, including Warde’s Holocron, or a lightsaber with them and it is discovered during a search.  Iron Arm is informed and he called to Jorra to investigate the PCs.  Iron Arm reports to Duke Erron Irbain an Imperial Official from Cato Neimoidia.

Furthermore, A GM should consider making this scene play out similar to what is seen in Solo: A Star Wars Story at the beginning of the Movie when Han and Qi’ra were trying to get through the checkpoint at the starport on Corellia.

Welcoming Committee: Optional Encounter.  In this optional encounter the Game Master the Game Master is encouraged to have a confrontation with the PCs and Iron Arm.  Any encounter with Iron Arm can result in the PCs learning that Hethan Romund is being held in the Southside Prison.  The PCs should be encouraged to stage a rescue attempt for their mentor.  However, this is an optional encounter.  The GM should note the fate of Hethan Romund.

Rescue of Hethan Romund:  If the PCs wish to rescue their former mentor Hethan Romund they must stage a rescue attempt by breaking into Southside Prison.  The GM should warn the PCs that in doing so they will bring allot of unwanted attention.  It is encouraged for the PCs to attempt this at the very end of the adventure to prevent it from disrupting their investigation into Suljo Warde.  When the PCs are rescuing Hethan Romund they may also attempt to rescue Sanna Olpan’s son Gren.

Did the PCs run afoul of the locals on Jorra?  Did they loose any gear or gain the attention of Criminals and Imperials?  Did the write any wrongs from the past?  What do the people of Jorra think of the PCs at the end of this adventure.

What did the PCs learn about Suljo Ward? 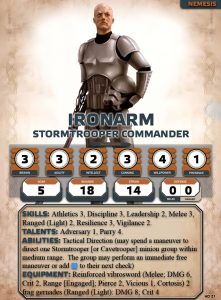 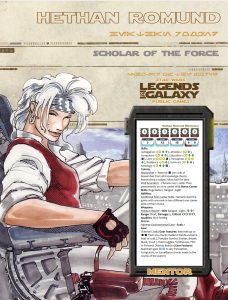 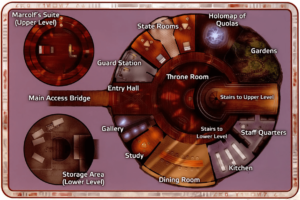 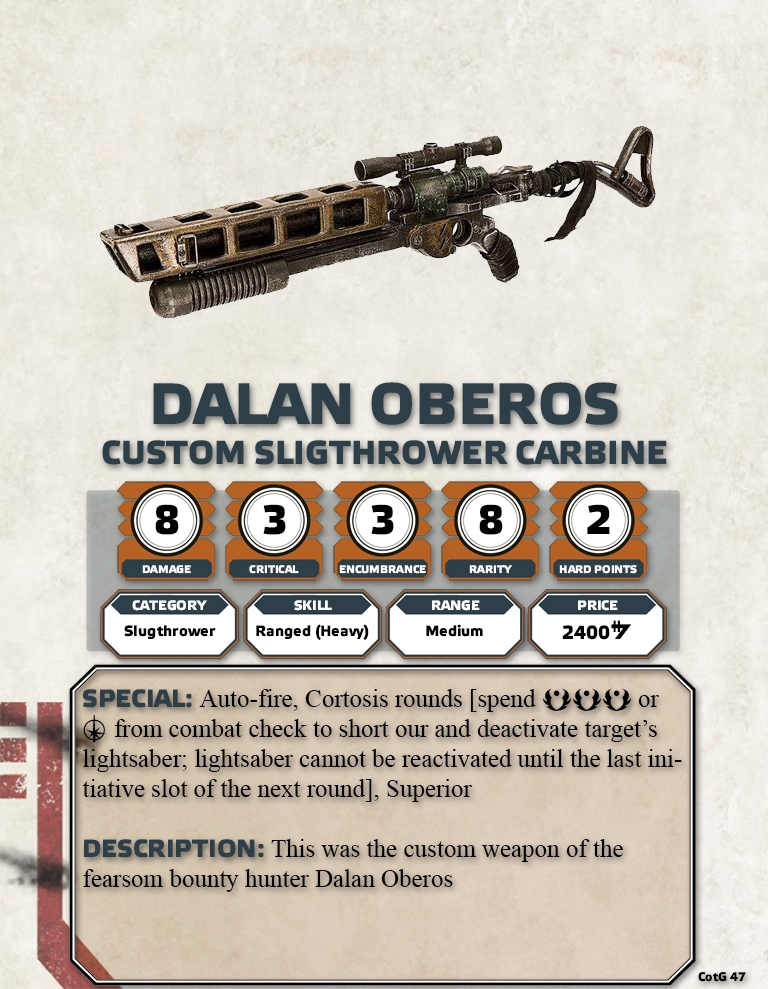 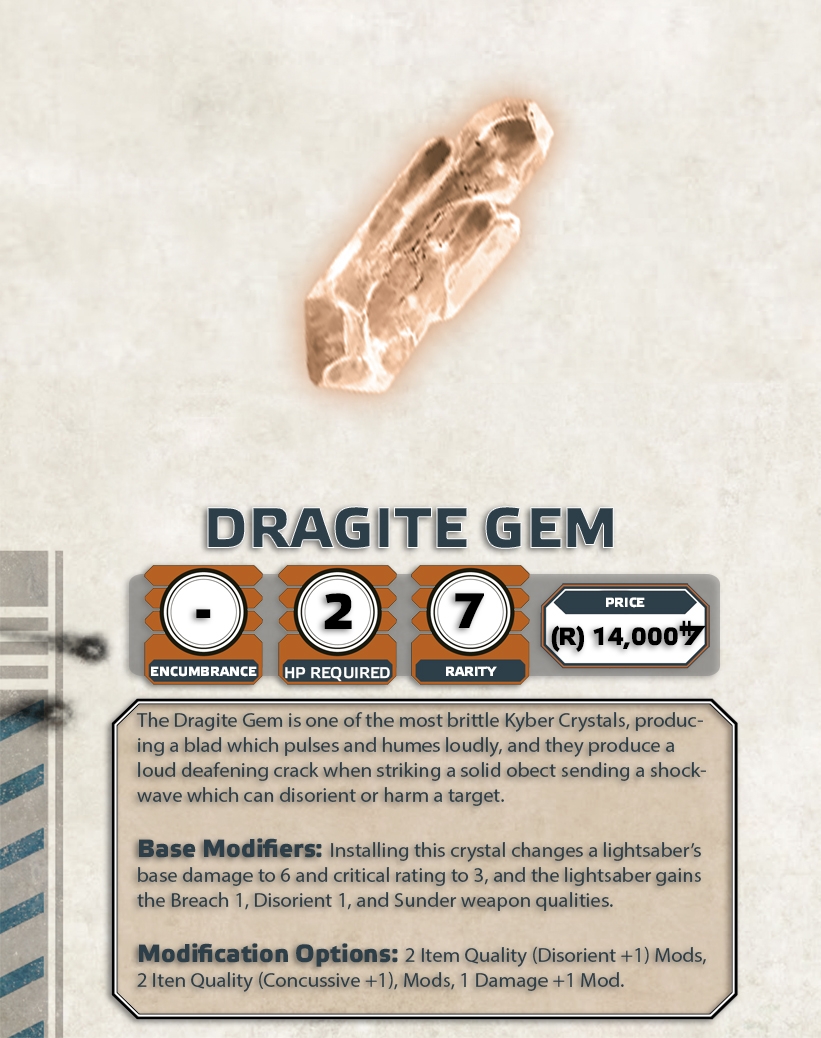 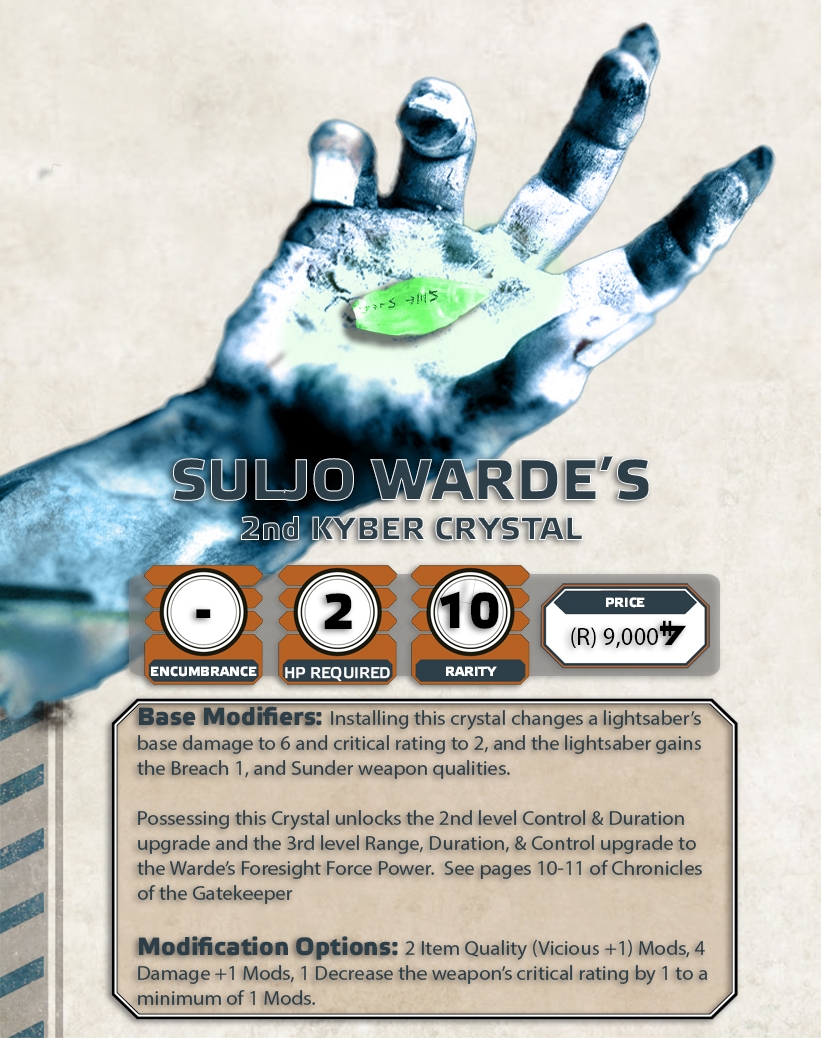 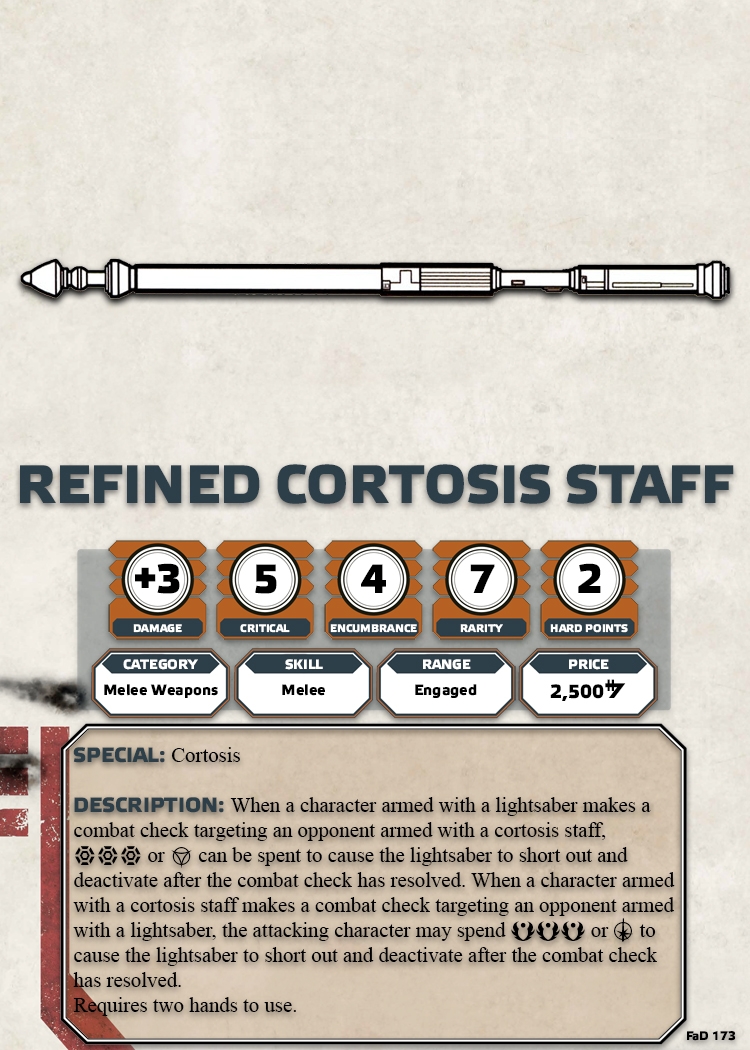