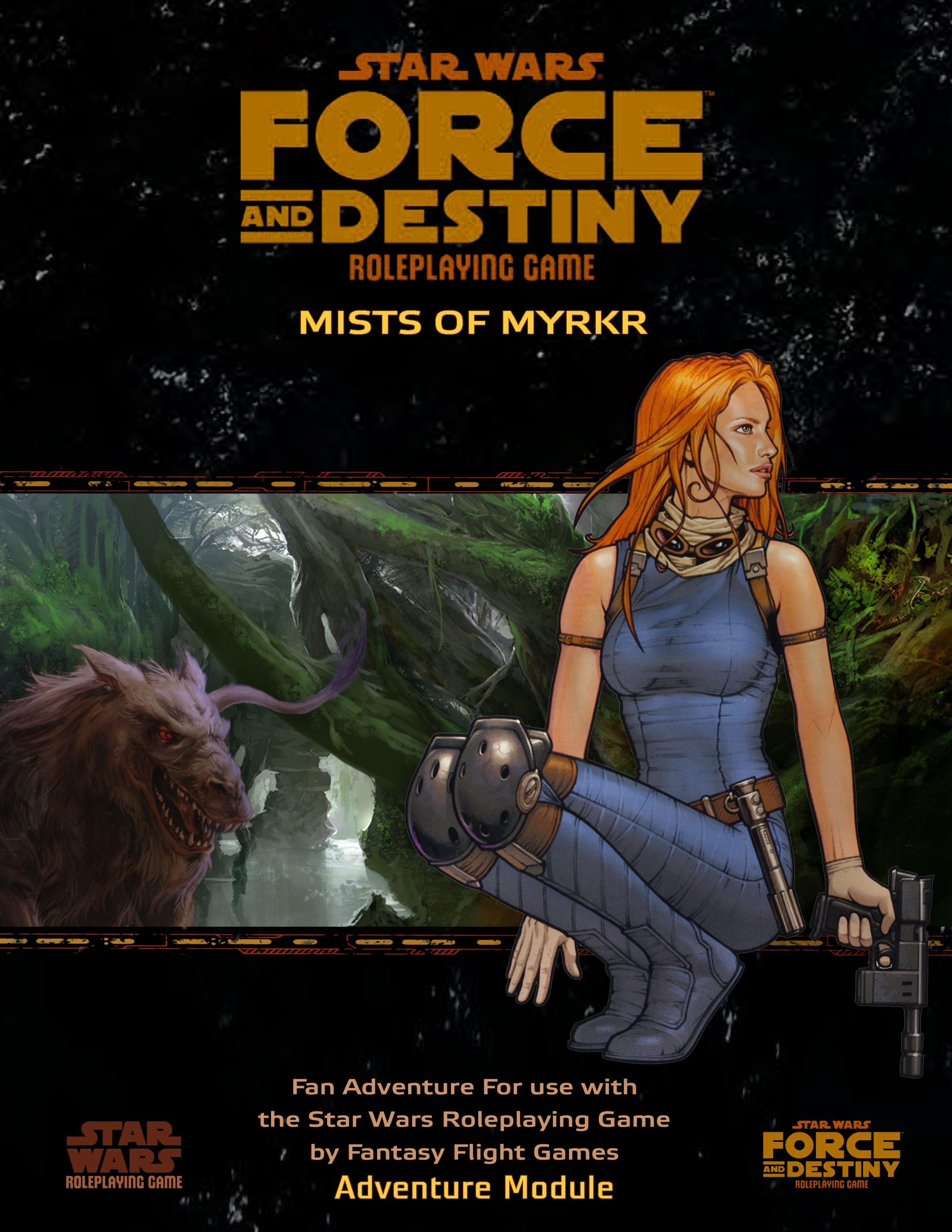 Mists of Myrkr is an adventure for the Star Wars cross compatible RPGs Edge of the Empire , Age of Rebellion , and Force and Destiny by Fantasy Flight Games. It was written by Tommy “VerdantSF” Roddy as part of a shared, modular campaign aimed at pickup games for players & GMs unable to commit to regularly scheduled game nights. It doesn’t assume a static party or crew. Instead, it features a central figure, known only as “The Broker”, who provides contracts that bring characters together for a single session. However, as a one-shot adventure, it can easily be adapted to fit with a more traditional campaign.  Click Here to Download

In Mists of Myrkr it is recommended to make the Shadow Broker, The BARON the major benefactor of the Legends of the Galaxy Story Line.  Mists of Myrkr is meant to be a stand along adventure so it should be easy to incorporate into any story.  The PCs can be contacted by The BARON at the Dawn Temple.  He is asking they acquire breeding pairs of two force-sensitive creatures.  He wants them to meet with Dr. Ishal Maronea in Reles, the capital city of Spintir.  The Baron informs them that she spends most of her time now in a bar called Garaak’s Place.

While in Coronet, the capital of Corellia, a contract comes your way. The infamous Broker has an interest in two species found on the forest planet of Myrkr, the vornskr and the ysalamiri . The coevolution of predator and prey created unique adaptations with regards to the Force. The acquisition of a mated pair of each would be rewarded quite well.

At the end of Scene 1: Down Town the GM should allow the PCs to take some time in Coronet city or Reles on Spintir to obtain gear that will assist them on their mission.  This should include large and medium sized specimen containers to keep the wild life caged during their return trip in Scene 5 & 6.

In Scene 2: Riding the Storm, Legends of the Galaxy recommends a few changes to how this encounter should run.  If the PCs choose to use their own starship rather than the YV-560 Light Freighter then the GM should require that the PCs pass a few checks to modify their ships transponder code to match the starship in question.  If the PCs starship is not the same class as the YV-560 the GM is encouraged to have the PCs make a few charm, coercion, deception, leadership, or negotiation checks to persuade the Zann Consortium to allow them to enter the flotilla of craft headed to the surface.

Then when the PCs want to loose the flotilla and fake that the storm managed knock them off course and that their ship is lost the Pilot of the YV-560 must make a deception or stealth check to vanish into the storm.

Furthermore, the GM should alter the difficulty of the piloting checks in the storm.  The difficulty should be based on the speed the PCs are traveling with upgrades to the difficulty based on 1/2 the Silhouette of the spaceship they are traveling in.  The Storm should add up to 3 setback dice.  The higher the storm’s winds the higher the setback.  Furthermore as the PCs are flying in their YV-560 they should be rolling off the Piloting: Space skill not the Piloting: Planetary skill.

If the PCs did not convince the Zann Consortium that their ship was lost in the storm the GM may add a bonus encounter where the PCs need to avoid detection by Zann Consortium scouts or probe droids during Scene 3 Slippery Slope, Scene 4 Midnight on Myrkr, and Scene 5 the Base Infiltration.  If the PCs are detected the occupants of the Base in Scene 5 should be on a higher degree of alert adding setback to checks made when infiltrating the base.

Scene 5: Base Infiltration, the Game Master is encouraged to consider swapping out the status of Captain Oskern with that of Jerid Sykes.  Jerid Sykes’ stats can be found on page 79-80 of Mask of the Pirate Queen.  This will allow for good foreshadowing of the NPC for later use in the Mask of the Pirate Queen adventure.  If the PCs kill Jerid Sykes the GM should flip one dark side destiny token to signal that he was left for dead but survived the encounter.

When leaving the base in Scene 5: Base Infiltration allow the PCs to steal one of the Zann Consortium Skipray Blastboats as the ship is iconic with its ties to Myrkr in the Heir to the Empire book by Timothy Zahn.

Bonus Scene: Capture of the Dr.  Both the Zann Consortium and Selonian Bounty Hunters have reason to target, Maronea.  Upon returning with the animals, the PCs could learn she had been abducted.  With multiple suspects, and time running out, can the PC’s free her before she is taken off-world?

Were the PCs able to rescue Dr Maronea? Were they able to get the proof of her innocence?  Was she taken off-world?

Did the PCs obtain mating pairs of for either the Vornsk, Ysalamiri, or both? 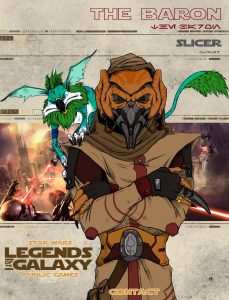 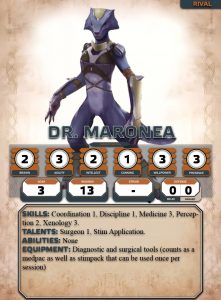 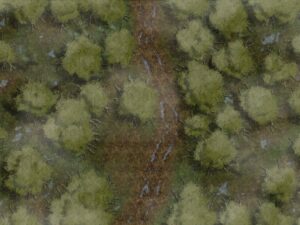 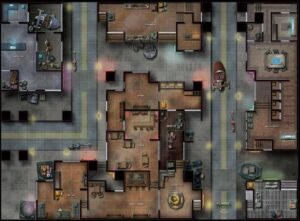 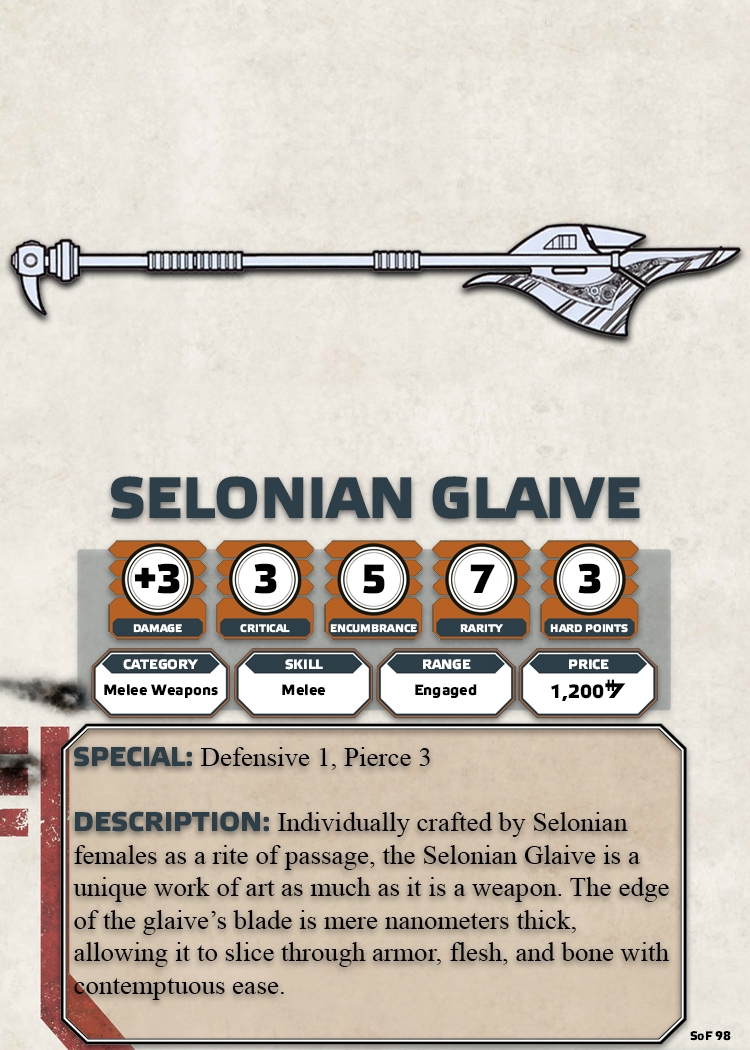 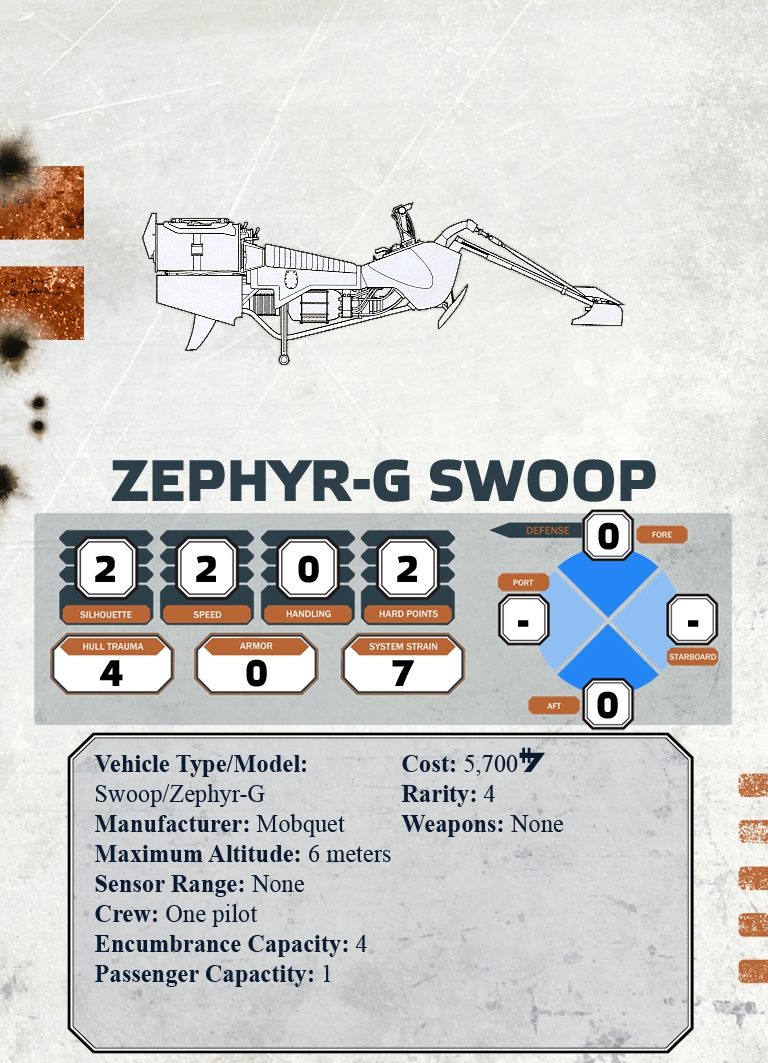 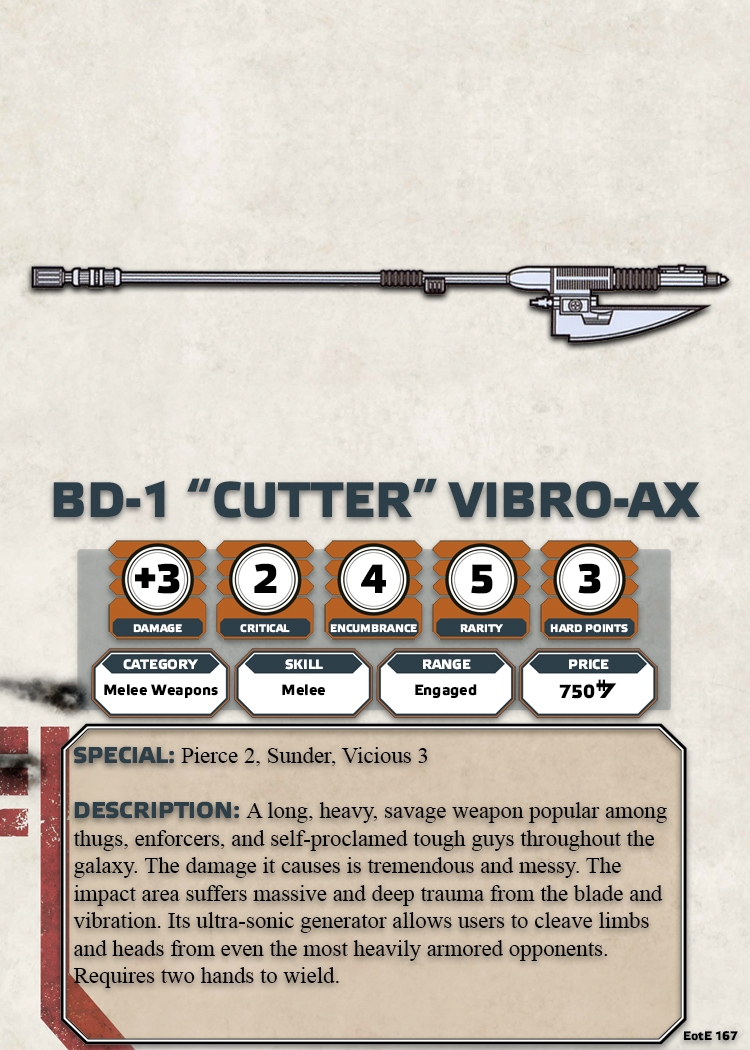 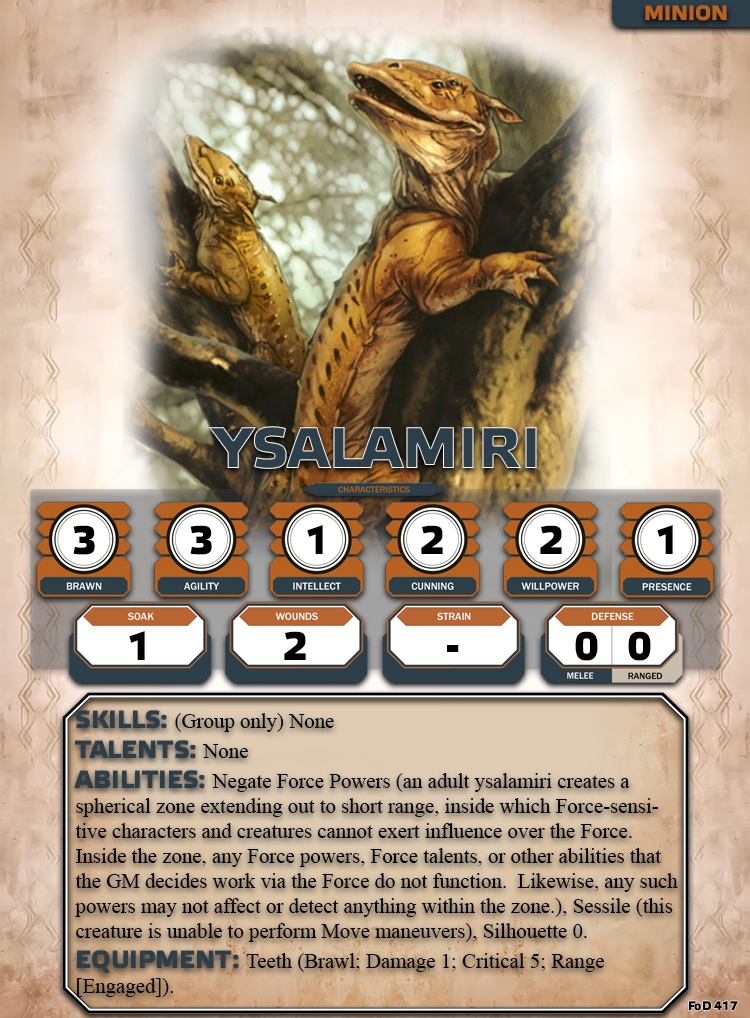 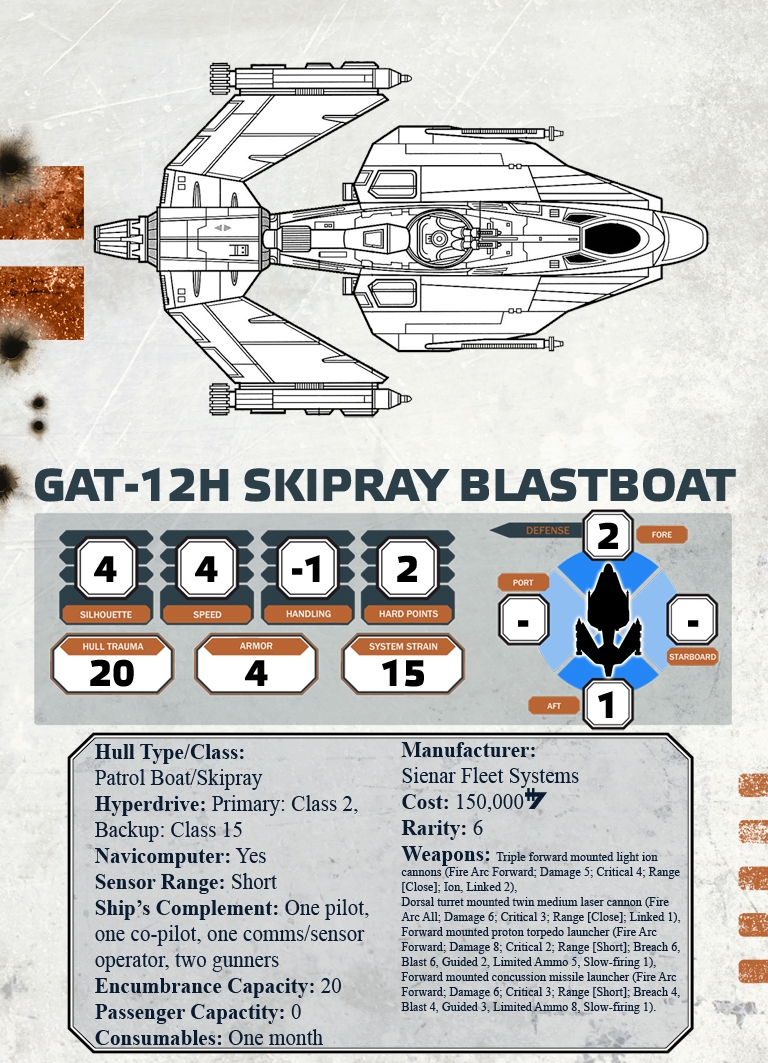